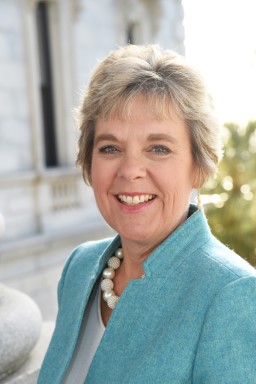 In July 2015, Marcia Adams was appointed to serve as the first executive director of the South Carolina Department of Administration (Admin). The agency was established by the Government Restructuring Act of 2014 — the most comprehensive and important government restructuring in more than 20 years.

Adams' leadership at Admin has and continues to focus on helping lead the state to identify efficiencies and cost savings, while enhancing security and trust in the services agencies provide. Her commitment to this effort stems from a belief that state government ultimately serves the citizens of South Carolina.

Adams earned a Bachelor of Science degree in Financial Management from Clemson University. She also holds a master’s degree in Business from Webster University. Adams’ experience also includes serving as Region II President for the American Association of Motor Vehicle Administrators (AAMVA) in 2008, and AAMVA International Board Member from 2005-2010.

A native of Beaufort, South Carolina, Adams and her husband, Bob, have two sons, Alex and Nicholas.